It is time to move on to new renewable technologies 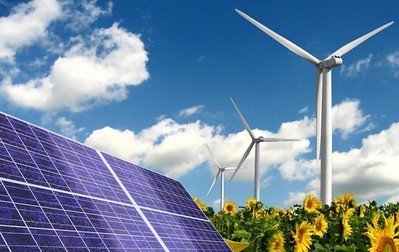 I have been following the renewable energy market for some time now and I believe that it is time to move on to new renewable technologies in order to make a drastic change to this increasingly polluted world.

Investments in the energy transition exceeded $500 billion (Bloomberg) and grew 12% year-on-year. Families, companies but above all world governments have invested 150 billion on renewable technologies and I think it is a signal that confirms the trend related to stock exchanges, in fact on the NYSE there has been an ETF that brings together companies working in photovoltaic systems that recorded a growth of 25% in 2020.

The world of renewable technologies is having an important boost from the investment world because now world governments have decided that between now and 2030/2040 polluting fuels must be eliminated and Co2 production must be minimized to safeguard the planet.

In 2020 the topic of hydrogen as an emerging technology is back in fact I did some research and the data say that producers of renewable technologies and distributors are under pressure despite the global pandemic, for 2021 160 Gw of new plants are expected in the world increasing production compared to previous years.

For two years the world of renewable technologies has become my passion so through the knowledge of engineers, installer technicians and manufacturers I have made a personal ranking on some brands such as manufacturers of solar panels, storage batteries, inverters and power optimizers.

I would like to stress that renewable technologies have changed, digitalization with providers organized and structured to offer the market services developed for the correct management of photovoltaic systems, creating sophisticated products compared to several years ago.

I love drones and maybe many do not know it but they can be applied to carry out thermographs on the plant in a short time, the same analyzes made by a person would take days instead of hours.

Drones are applicable to renewable technologies because they optimize data collection and analyze any problems on the plant and also provide accurate reports with indications of the location of the component that has anomalies.

All these new technologies want to give real-time answers to companies or customers about the production of the plant and predict with algorithms the behavior of solar panels and inverters.

In the process of energy transition I believe in the union between photovoltaics and agriculture for the development of fields with panels capable of producing gigawatts not only for rural communities but also for cities. I am thinking of all those areas that have been abandoned for years or desert areas, if they were set up and filled with solar panels and Solar City-style storage batteries, they would not only redevelop the earth but contribute to the need for electricity.

If you want to change this is the time to invest in new renewable technologies because market prices and government incentives are very attractive.

Selection of companies related to the electric vehicles supply chain

Covid and globalisation are the cancer of our society