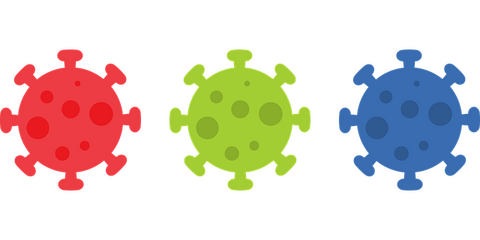 I would like to make an overview of the Covid vaccines and conflicts of interest situation.

It’s been more than a month that I don’t write unfortunately the developers of Wordpress plugins have had problems in solving some bugs.

Finally media managed to create the battle between vaccinated and the “un” vaccinated through constant media pressure with the aim of instrumentalizing human minds.

Before we talked about coronavirus, now we talk about delta and omicron variants, sincerely in an article I wrote that we would see the whole Greek alphabet and I do not think I was wrong, but let’s try to understand why the actors in question on the world scene.

If you sign a paper before getting vaccinated already some questions you should ask you don’t think?

Why do world governments (in doubt) take responsibility for themselves?

If the answer to the virus is only to fight it through the vaccine (so they keep saying on television) why who has done the 2 or 3 doses and contracts the virus is so sick and someone risks dying?

Northern European countries in particular Norway have raised questions between the link of deadly thrombosis due to the administration of the Astrazeneca vaccine.

Have you never heard of post-vaccination complications?

Yet it is a scientific word (I did not get it 5 minutes before), for example some people in my family have allergies and it is absolutely not recommended to make the vaccine.

Doesn’t this whole story remind you a bit of OGMs? (Genetically modified organism), do we really know the risks?

I saw friends die of cardiac arrest and cancer “strangely” 1 year after the 2 vaccine administrations, at the time I thought it is not possible are people who physically had no problems and did not present particular symptoms yet they died.

These deaths made me think a lot and since I like to observe situations from different angles I started to read up on as many people as possible who had made the vaccine and an abnormal scenario came out.

Someone “strangely” had illnesses related to pathologies that he did not know he had, a bit as if they had “magically come out” after the administration of the vaccine, unfortunately we would never have evidence of a direct correlation but some movements on the financial markets and some acquisitions of large companies such as Pfizer have a particular timing.

Pfizer bought for $2 billion Trillium Therapeutics a company that works against cancer and Arena Pharmaceuticals ($ 6.7 billion) a company that develops drugs for cardiology and gastroenterology, are so many billions of dollars to increase its strength in the market or to have a monopoly on cancer treatment in the future?

Let’s try to put the pieces together: cancer + cardiovascular problems = ???

I leave to each of you a free interpretation on the answer, I just say that there are billions of dollars of interest since this coronavirus broke out, I ask people if it is possible to solve the situation without vaccination?

I say yes, to start if all people used the mask, if people were more careful for example when they go to the supermarket using gloves to avoid contact with surfaces, if people gave up their hobbies or beers on the premises?

“Responsible” behaviors to be used according to common sense and respect for others but unfortunately selfishness and ignorance do a favor to those who control us and to those who earn like the pharmaceutical companies.

At the scientific level, a semi-unknown Didier Raoult from Marseille (France) found a solution in 2020, why was he blocked?

Because if all the (honest) researchers did as Didier Raoult did and found a solution clearly the need for a vaccine would disappear. Do you agree or not?

I feel a lot of bitterness and disgust when on television I see infectiologists blatantly on the payroll of pharmaceutical companies who incite the population to make the vaccine as if there were no other remedy.

In all this history since the coronavirus exists I see many protagonists of American origin (Bill Gates, Pfizer, Moderna, Novavax …) but how is it possible that Chinese have not found a solution?

I find it very strange that a hyper-technological country has been found unprepared on the research side while the United States in 6 months (what they told us) have found a formula for the virus, all the other countries of the world what have they done?

Why is Europe always a slave to United States?

How is it possible that friends of European politicians have direct interests with pharmaceutical companies? Isn’t that a conflict of interest? For example, what does Ursula Von Der Leyen’s husband do in life?

Google and then put the pieces together…

This is my last article of 2021, I thank all the people who have read my articles, someone agreed my view others no, I am not here to “teach” or even to sell miraculous trading courses but to “open” people’s eyes.