Covid and globalisation are the cancer of our society 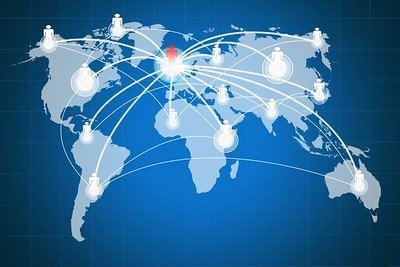 I want to start in strong way because covid and globalisation are the cancer of our society.

In the last 30/35 years we have seen the phenomenon of global globalisation where governments have “helped” and I use this word (because that’s what really happened) to relocate companies to Asian countries in particular China.

China is the world’s leading power because at first they executed orders from European and American companies, then they started copying, today it is the Chinese who have the best technology in their hands.

It is easier to blame our covid problems but this virus has simply cleared up the scenario that would have happened in 10/20 years. We are witnessing a huge intellectual manipulation where the truth is systematically hidden by politicians and the media and unfortunately too many people believe in these sources of disinformation instead of reacting to the corrupt system.

Sometimes I think of Bill Gates who 3 or 4 years ago was talking about coronavirus, chips under the skin and the threat of new forms of virus in the coming years, I have to say Mr Microsoft or Bill and Belinda Foundation was right. Dear Bill, you are a visionary as well as a well-known benefactor, I ask you a question: how are we going to do when robots replace 80% of humans?

Globalisation is the cancer of our society because it has not only opened the door to the power of multinationals, both in terms of the market and, above all, of cheap labour. In reality it is “exploiting” poor people in exchange for little money and maximizing profits with expansion around the world and I add by paying taxes in tax havens.

Maastricht Treaty in 1992 and the birth of the WTO in 1995 removed barriers by creating an interconnected world by destroying as many world economies as Europe.

This wave has not only created poverty and unemployment but has increased terrorism through unnecessary wars masquerading as political/strategic/economic interests.

Look at the crime statistics of each country to get an idea or see how many people take drugs in the world to have a thermometer of the situation psychologically, not to forget social networks how many fake news they have produced over the years.

Globalisation has brought so much poverty, you will have heard of the increase in the number of increasingly rich people and on the other hand increasingly poor families, ladies and gentlemen, is the truth. The exploitation of the labour force, the lowering of wages in comparison with the cost of living and the education system is creating so much uncertainty about the future of the new generations.

I am thinking of all the prestigious universities where values do not count but value (money), or where people who do not have a degree are discarded yet have a talent and do not have the opportunity to prove it because you have to have studied for example at the Massachusetts Institute of Technology.

Have you ever thought about when robots will be programmed with artificial intelligence to replace 80% of humans?

What will happen to the millions of people who lose their jobs?

Forgetting globalization is the realm of financial speculation where business banks decide what governments can or cannot do, not to mention the technology ecosystem linked to financial markets such as high-frequency trading and new social traders (Gamestop).

Some will believe me others will perhaps say that I am crazy, it is not important I am already happy if you have arrived until the end of this article, only time will tell who will be right.

It is time to move on to new renewable technologies