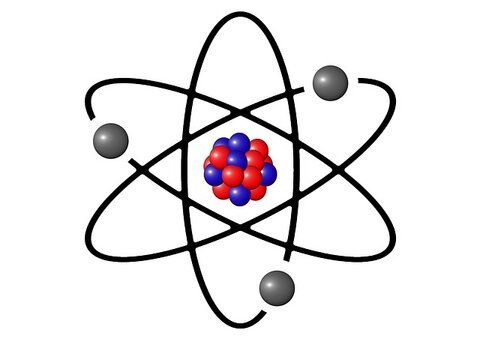 Today I will talk about nuclear physics, in the months you will understand the meaning of my choice, fission vs nuclear fusion.

What’s the difference? Not everyone studied physics at university so I would like to try to explain in simple words a complex concept.

In this article I will not talk about the difference of the different impacts: environmental, economic and technological, I am aware that in recent years a real battle has been made against atomic energy due to pollution factors and catastrophes as in Japan (Fukushima), I will simply talk about the difference by emphasizing the physical phenomena that there are between fission and nuclear fusion by giving some examples.

When I read and listen on television that energy is produced I think it is an incorrect term, a teacher at the university should talk about energy extraction to give an example imagine a hydroelectric plant located at the level of a dam, water flows from top to bottom, while we turn a turbine and produce energy.

By doing this we did not produce energy but we (recovered) extracted the energy that was in the water since it had a high position, in physics this phenomenon is called potential energy in practice the water has passed from a state of high energy to a weaker energy state and we have recovered the difference.

To do nuclear fission we need a large atom which must be broken into two parts, an atom are electrons that revolve around a nucleus, this nucleus is composed of protons and neutrons, the number of protons determines the nature of the atom or the position in Mendeleiev’s table, so if we make the sum of the protons plus electrons we have the atomic mass of the nucleus that will be the number that we place after the name of the atom.

Returning to fission I wrote that we need a large atom, I give the example of a uranium 235 atom, we can break it to obtain a Barium 140 atom and Krypton 93 this makes that the energy contained in the uranium nucleus is higher than that contained in the barium and krypton nuclei combined.

Because of this difference in energy the fission reaction produces heat that we can recover for example to make electricity, a very important element to emphasize is that these reactions are not produced by themselves but you have to try fission by making the uranium atom absorb a neutron, what fission will do is that it will also emit neutrons, 3 to be precise that they will hit other nuclei and cause other fissions.

This is called the chain phenomenon, if these neutrons were not emitted the reaction could not self-maintain, not all nuclei can create nuclear fission but the candidates with the best characteristics are plutonium 239 and uranium 235, 235 we find it in nature although quite rare, most of the natural uranium is 238 which does not have good properties,  for this reason we must centrifuge uranium and enrich it in uranium 235, plutonium 239 does not exist in its natural state but it is possible to produce it from uranium 238 by “shooting” neutrons.

Now I will talk about fusion which is simply the inverse principle of fission, let’s take for example two hydrogen atoms and melt them for example to obtain helium, this reaction for it to work must pass through hydrogen variants that is called deuterium that has one more neutron than its proton and tritium that has two neutrons, in fusion reactors the reaction you try to do is the one there.

This fusion reaction that releases energy because contrary to what we had with uranium the energy of the two hydrogen atoms is higher than the energy of the helium atom and this allows us to recover the difference.

In order to trigger the reaction process of fusion you must first of all turn on by injecting energy, it may seem strange this word and then later produce it but it is exactly the principle of the energy barrier.

The energy barrier is exactly what would happen with a hydroelectric dam where the basic water would be contained in a small lake located at altitude, you would then have to spend some energy to get the water out of the basin before recovering more energy than we had at the beginning, this due to its descent into the valley.

Another phenomenon linked to the previous ones but with different characteristics is radioactivity, radioactivity can be compared to fission but it is a form of fission where the nucleus would lose only a small piece. Most atoms can exist in different more or less abundant forms, for example carbon that has 6 protons, there is carbon 12 that has 6 more neutrons, carbon 13 that has 7 and carbon 14 that has 8.

When we give the number after the name of the element this designates the sum of the protons plus neutrons, as in the case of fusion the transformation is not spontaneous (example carbon 14) there is a small energy barrier to be passed in order for it to be produced (there should be something that plays the role of the match).

In nature it is difficult to find a match that allows you to jump this energy barrier but there is something to consider is the tunnel effect (quantum mechanics) where sometimes some particles can jump energy barriers and it is this phenomenon that causes the disintegration of carbon 14 and other radioactive elements.

Will nuclear fusion be the salvation of the world?

If the solution to the problems in the world was deglobalization?