Home Investments Invest in padel the sport of the moment
Investments

Invest in padel the sport of the moment 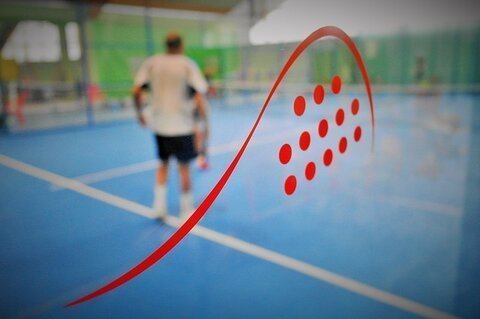 Every day life offers new experiences, from an economic point of view, for me it is an excellent opportunity to invest in padel the sport of the moment.

Let’s start with a bit of history, padel has special origins, we have to go to Mexico when in 1969 Enrique Corcuera built a court with high windows because it lacked the space necessary for a tennis court. This game being a padel-tennis mix later spread to South America (Argentina) while in Europe Spain became the home of padel.

In the United States (1993 The Houstonian hotel in Texas the first construction) and in Italy arrived in the 90′ but the real boom began in the last 2/3 years. Data speak of an exponential increase in padel fields, comparing this growth to mushrooms, a bit as if a field appeared behind each wall.

Another element that accelerated the growth was the simplicity of play compared to tennis, since I know both sports I can assure you that it is very easy from the first times to “pull” the ball on the other side. At tennis to do the same things as straight backhand and vollée, it can take years before you have mastery of the game.

Basically it takes much less technique due to a number of factors, I add the racket (in Spanish it is called “pala”) has a larger shape than that of tennis, since there are no strings, touch is much softer.

Media and national sports committees are pushing for the development of the sport, but not only, I believe that the “boost” are doing it all high-level sportsmen (footballers, basketball players, Olympic athletes) who through social networks create a media effect.

Who has the entrepreneurial mind will know that behind every fashion there is an opportunity, the question that someone will be asking is: how much does it cost to build a padel field?

Prices vary depending on the material, labor but to give you an idea we start from 15000 euros to 25000/30000 euros all inclusive. About 200 m2 of construction space is needed and I can say that it is a great investment for the short and medium term.

Usually the training match lasts 1h 30′ and the prices are on average between 6 and 10 euros, for the lights at night there is a little extra to add but we talk about less than 1euro.

These are the features:

The playing surface is in synthetic grass with sand to ensure the slip and cushion the ball’s bounce, colors vary from blue/red or green.

Several construction companies sell all-inclusive packages, for those who want to invest advice on developing a smartphone app in order to have a booking management for all players, a website to book and social networks.

Online you find many companies that make quotes (all inclusive) so if you decide to invest the choice is not lacking, for the Roi (return on investment) I know people who in just 7/8 months have repaid the initial investment.

You know that plug and play applications are now in fashion, padel is part of that category of sport: easy, fun and intuitive.

The Seven Deadly Sins in Trading

What’s going on with uranium? Why not bet on?