Insight into Bitcoin, list reliable platforms and 3 titles to monitor 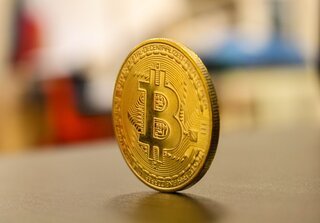 In this article I will do a little insight into Bitcoin, list reliable platforms and 3 titles to monitor.

I do not do analysis on Bitcoin because on the web you find many and maybe even better than mine from those who follow only this cryptocurrency, for my moral honesty I do not make predictions but today I just want to make considerations.

We know cryptocurrencies are very volatile so it’s enough news or a tweet to trigger upward or downward movements, just see last week when Brain Armstrong and Ray Dalio spoke.

Personally I stopped being a Bitcoin miner for several reasons, among them it became a tool of speculation of big banks and lately retail investors when the initial idea in Japan was another. It is true that today it has become a safe haven asset like gold but central banks that continue to “manipulate” markets are against Bitcoin (and other cryptocurrencies) simply because they do not have control of the currency.

In short, banking system would be practically cut and “someone” does not like this idea in fact the experts of world finance would like to create a digital currency clearly linked to an official channel. For example, converting the current money into euro/digital dollar, in China they have already created the digital yuan.

Well, then what would be the point of having Bitcoin that someone is seen as a threat to someone?

Central governments need at the moment to understand how the market evolves but above all the technology behind this system, with the idea one day of copying it and administering (like the vaccine) to citizens their virtual currencies.

Certainly in the short and medium term cryptocurrencies represent a resource for speculating, in the long term since bitcoin production is limited could have a “Limited Edition” effect only for a few is therefore with consequent crazy prices.

But as I said before “someone” will decide to drastically limit the cryptocurrency phenomenon with their digital currency there could be a loss of interest for the mass (citizens). Today the interest and curiosity are high on the part of people, when then it will be as in all things “normal” automatically the appeal drops.

Start with 3 titles to monitor and for the brave to buy on possible retracements:

Riot Blockchain, in the short term I foresee a short given the gaps of the last two weeks of November 2020 with volumetric voids.

Marathon Patent, here too we have a very volatile title in the last period if it were to fall in the area 1.60$ you could buy for a retracement.

For those who want to trade on Bitcoin and other cryptocurrencies there are different platforms in the market, it is very important to choose the broker to avoid cybersecurity issues (hackers) and with regulators.

The four knights of the apocalypse