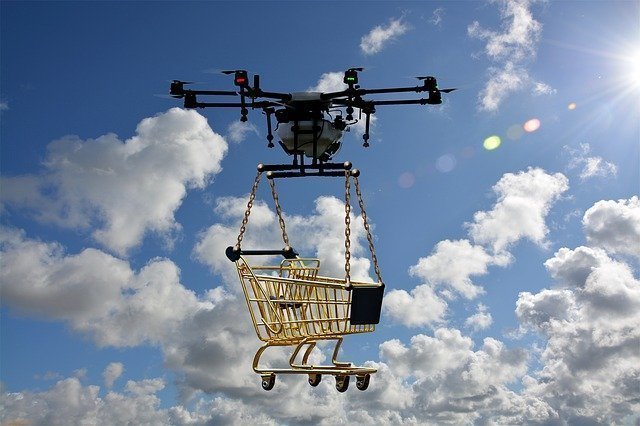 This is already a reality and in the future will enter more and more into our lives, I’m talking about Wing, Alphabet’s drone courier.

Alphabet is an American company founded in 2015, in a nutshell it is part of the Google world. Wing drones are radio-controlled aircraft equipped with a high-performance engine and allow you to make home deliveries of products such as food and drugs. Wing has been building a network of partners like FedEx and Walgreens in recent weeks to offer more and more customer services. Wing is not operating worldwide also because drones have had limitations for violation of privacy and the ability to cause accidents during flight.

Wing operates in Virginia (Usa), Camberra,Logan (Australia) and Helsinki in Finland, Wing drone boom has occurred in recent weeks because due to the limits due to coronavirus, there have been more than 1000 requests for home deliveries with drones.

Wing is not yet a big drone manufacturer but in recent years it is growing, according to some sources Alphabet is investing millions of dollars in this business given the potential and also to try to anticipate competition (Amazon, with Prime Air is working on the same business).

I remember that Wing is the only drone service to have been licensed to fly from the Federal Aviation Administration in the United States, I know they are implementing routes in order to serve as many customers as possible.

Wing drones fly at more than 100 km/h (65 mph) and are therefore able to deliver groceries within a few minutes, directly at home avoiding contact with the customer and thus the risk of virus’s spreading. Technically, a Wing drone has a range of about 6/7 miles with a maximum range of 1.5 kg, not bad I would say for the moment although I think load capacity will increase over time.

I think Wing has huge growing potential not only in terms of technology but also by the type of service offered, unfortunately after the coronavirus, we will change our habits and I think drones will be part of our lives like social networks.