Home Technology What is the dark web and Tor?
Technology 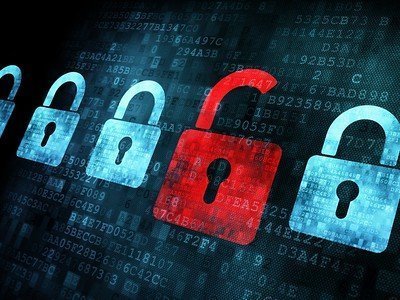 A question that many people ask and to which I will try to respond in a careful and concise way what is the dark web and Tor?

We are talking about the hidden part and how someone says “dangerous” of the web where special actions are taken, for example users who want to browse anonymously or others want to do illegal actions.

This article will be divided into two parts, the first where I will talk about the dark web while the second I will introduce Tor, the tool to access the hidden part of the web. If you are curious to discover this world be very careful unfortunately it is not enough a simple antivirus or incognito browsing.

One way to get into the dark web and at the same time be “protected” is to buy a VPN (virtual private network) so that they are difficult to trace by attackers or government agencies. The best VPNs on the market (tested by me) in recent years are: Cyberghost, NordVpn and Surfshark.

I make a premise about how it is internet format, imagine an iceberg at the North Pole and divide it into 3 parts where we will find the surface web that is used daily through Google Chrome, Bing or Safari.

In the middle we find the deep web that is not accessible to most users because to have access you need to know the correct Url address. For example, in this environment we find government pages not indexed by search engines, cloud sites, university libraries etc…

Now we come to the extreme tip of the iceberg the dark web that is accessible through Tor navigator (most famous), is the part of the internet that is not regulated by any authority and where illegal practices are committed, anonymous chats and where you will never find sites that end: .com/.eu/.it/.us but with .onion.

Who started creating the dark web network? We are talking about the United States where in the 90s through encryption all the information could be sent over the Internet, the Americans must not forget that they had the Israeli technological support to build the infrastructure.

Returning to the dark web we can find inside everything, understanding the mechanics of the game is not easy if you are not an IT expert or you work for a government agency, in general you can access:

I must add that the dark web is not just a great swamp, in countries where, for example, there are dictatorial or censored regimes, it is a way of circumventing restrictions and controls by being able to communicate with other countries. Think of journalists, political prisoners or citizens who denounce criminal practices of a dictatorial regime.

Now is tor’s time, which is server-based navigation around the world that supports it, a simple but at the same time complex infrastructure to power.

Tor Project was created in the United States and is a nonprofit organization, the project is directed by Bruce Schneier and has several sponsors who support it such as Eff (electronic frontier foundation), Us Department Bureau of Democracy, Darpa, Ripe, Ncc, Mullvad VPN…

Dark web is not exclusively harmful or criminal even if some questions come to mind such as why does the US government fund Tor? What are the interests behind it? I try to give myself answers: find hackers, terrorists and dealers on the black market just to name a few.

Tor’s infrastructure is based on many servers in the world called relays that act as nodes, in fact the data does not pass directly from the user to the server but through the nodes that create a layered encrypted system,(understand now because the logo is an onion?!!) that is why you can never find the address in .com/.us/.eu…

Tor specifically channels your activities through different IPs, this onion process allows you to have anonymity when browsing.

3 relays: entry, middle visible within the Tor network and exit, all this system is possible thanks to the participation of users who voluntarily make available their servers and bandwidth to create a node on tor’s network.

I do not go into computer dynamics too technical because I would have to write a bachelor thesis to explain to you Tor, beyond how this system is used I have some doubts about the word anonymity. Tor is not anonymous as “someone” wants to make people believe because since there is the American government and several sponsors behind it there is undoubtedly a conflict of interest.

Like other computer experts I think there are specially damaged nodes to spy on the practices of suspicious users so be wary of those on the internet who make you believe that you are ghosts of the web.

If you want to browse do it but with a powerful antivirus, buy VPNs and I recommend not to leave sensitive data on your computer to avoid suffering  any kind of cyber attacks.

Who’s going to win between Donald Trump and Joe Biden?

How to defend yourself against trading scams?