Who’s going to win between Donald Trump and Joe Biden? 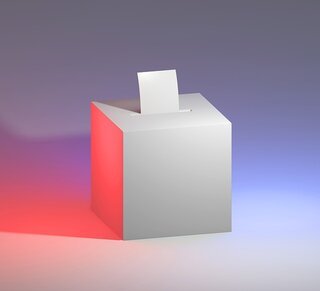 That’s the question that billions of people are asking, who’s going to win between Donald Trump and Joe Biden?

Presidential elections in the United States will be held on November 3, 2020, as mentioned in the introduction it will be Democrat Joe Biden who will challenge in office President Donald Trump.

Honestly in a 2020 full of nasty surprises I wouldn’t know exactly how it will turn out, what I want to do in this article is an argument, it is true that the polls favor Biden but let’s not forget Trump’s recovery in recent days.

I have some scenarios in mind, first Biden’s lead over Trump was important but now it’s thinning, maybe Joe Biden will win but with a few more votes, if Trump were to win the gap would be a few votes.

I would like to take a few steps back by emphasising the peculiarity of the situation, we have never seen us presidential elections during a pandemic caused by a virus. 2020 is a strange, unstable, sad and add deadly year for people who have died or are dying of coronavirus.

Another particular element is the timing with which covid developed, just the year of the American elections and yes… I would like to ask you a few questions:

1)Did the coronavirus depart in China from Wuhan near the market? (a laboratory that studies viruses near where there are so many people)

2)was it a bat or who knows what other animal infected humans and how?

3)The virus was really born in China and if it was like he ran away from a lab? Who were the people who work for this lab? Is it 100% Made in China or is it a mix?

What is the relationship between the virus and the 2020 US presidential election?

I think if there hadn’t been coronavirus, Donald Trump would have won the election without any problems, unfortunately Trump is a particular character who bothered too many people, wasn’t he the one who started the war with China?

We all agree that for China (and not only) Trump is a problem, in the event of a victory imagine political and economic tensions as they would increase, how would financial markets react?

Not to mention the various diplomatic outbursts inside and outside the Trump administration, see the Who and add the Black Lives Matter protests that make us realize how very divided the United States is.

Without going into the subject of racism that has existed for thousands of years and unfortunately always will be there, the real problem to be addressed (since millions of people will lose their jobs) is how to bring production back to America and abandon production in Asian countries.

Not to mention the social inequalities that are increasing heavily, data from the International Monetary Fund analyzed the policies of 158 countries and only 26 invested in public health, covid has brought out the unpreparedness of a global pandemic both from a health and organizational point of view.

I will end here the overview of the American presidential election, we will see this week whether Biden or Trump will be the president of the United States, for those who trade I say that volatility will be high, use tight stop losses to avoid ruining the profits of the past months.

The theories of Harry Markowitz and Burton Malkiel