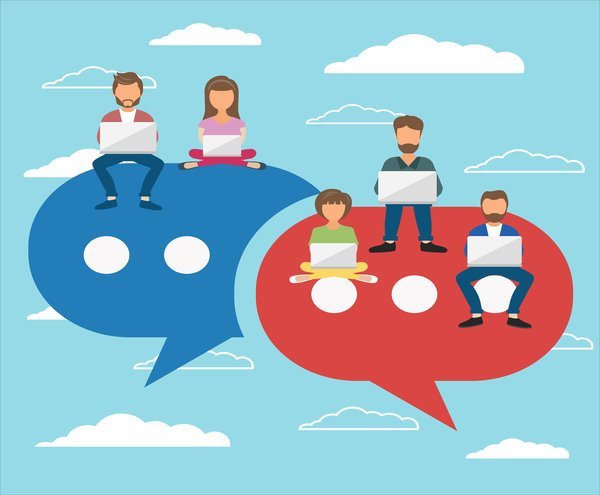 Technology knows no bounds, perhaps many will have never heard about Symphony the messaging start-up for Wall Street companies and retail investors.

Who is it and what does Symphony do?

We can say that it all began in 2014 when Goldman Sachs wanted along with other banks (such as Citi, Jp Morgan, Credit Suisse, Blackrock, Morgan Stanley, Wells Fargo, Hsbc), to compete with the terminal most used: Bloomberg.

Bloomberg is a terminal created in 1981 in New York by former White House candidate Michael Bloomberg, in my opinion since I used it for 3 long years one of the best along with Eikon and Morningstar Direct, so Goldman Sachs decided to invest in Perzo.

Perzo was a Silicon Valley start-up that offered an instant messaging service, which was later purchased for about 70 million dollars and later became Symphony Communication Services Holdings.

In detail Symphony offers an open source messaging service to financial companies, institutional investors, individual investors by connecting them with text messages, mail, chats. Another important feature is that the platform can be programmed according to the needs of the users.

Add in is a great communication’s channel with external partners in order to collect data coming from their external networks. I also point out the subscription fees, we’re talking about 240 dollars per year per user compared to 24,000 dollars by Bloomberg.

Symphony CEO David Gurle says that an additional 450 million dollars have been raised to develop and improve the features of the platform, if we look at the subscriber numbers in 2017 were 200000 customers while now 425000, a big leap for this company.

Development plans include acquisitions of companies working in the field of artificial intelligence, the key to success is in big data because the more elements you have to analyze the more you can predict market trends.

Bloomberg will have to change something in its offer if it does not want to be overtaken by Symphony, the war is hard to see who will be the platform to beat in coming years.

We are always there, in the end it all revolves around data sharing where speed and simplicity are the keywords, I have never tried the platform but knowing Bloomberg terminal and all its services offered, I can tell you that those who want to do really trading have a reliable tool.

Tueke the revolutionary start-up of 2020

Parking money in a savings account, the best choices of June 2020