Quantitative computer will be the revolution of the future 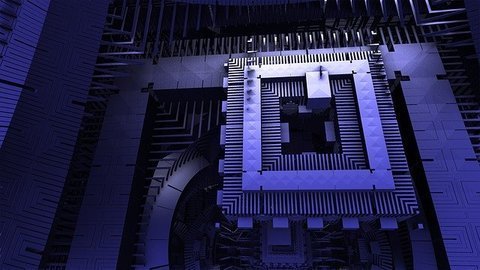 Quantitative computer will be the revolution of the future, every now and then you hear about this technology related to quantum mechanics, but do we really know what it can do?

To begin with, it is necessary to briefly explain that quantum mechanics is a science or theory that seeks to give an explanation to behavior of matter and all energy particles.

I do not want to go into details also because I am not a scientist but simply a reader of several books, the two largest companies that are working on a quantum computer are Google and Ibm, the difference between a supercomputer and normal lies in the management of data, power and speed in solving a calculation in no time.

Let me give you an example a normal computer would take 10,000 years, a quantum computer within a few minutes would solve a complex mathematical operation.

Google claims that its Sycamore machine took 3 minutes and a few seconds to find the solution to mathematical computing, now you understand the processing power of data through qubit?

Characteristics of quantum bit are:

Ibm, with its quantum computer called Big G, claims to have overtaken Google, this work had started from 5 qubit, 20 up to 53 qubits, managing the operation in two and a half days.

Quantum computer compared to a traditional one, works in a completely different way, to give you an example operating systems such as Windows or iOS could not work, you would have to create a specific system with real quantum applications.

The fields where you can apply quantum mechanics are many, among them finance where the need for computing power is huge, just think about future growth forecasts, cash flows, risk management in trading etc… Let me give you the example that hit Wall Street in 2010 when we witnessed the “Flash Crash” with a market crash due to an algorithm.

If algorithms are already able to optimize so many problems (artificial intelligence) but also destroy them, imagine in a few years a quantum computer able of solving complex mathematical calculations in a few minutes.

Investments, studies and, above all, the space to transport such machines are essential, but are we sure that in the future all this technology will totally change our lives or could it also become a danger?

Money management in trading to manage the portfolio

Smart city the future of urbanization