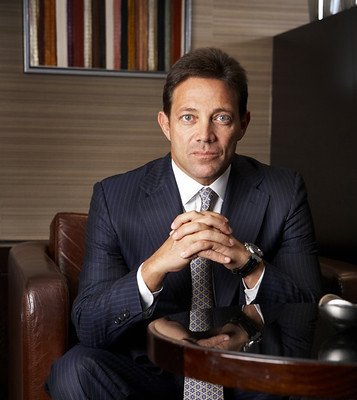 Here we are to continue Jordan Belfort, The Wolf of Wall Street (Part 2).

Look at what Alden Cass, a famous psychologist who helped many Wall Street traders get out of drugs. Jordan Belfort didn’t use drugs before arriving on Wall Street, after like so many others he became addicted, the pace of a trader is hellish especially in Stratton Oakmont.

It may seem strange what I write but it is the reality of the facts, the drugs they used allowed to lighten the frenetic rhythms of the market, reduce stress, travel with the mind in another world and ultimately decrease the guilt of traders aware of robbing customers.

In this paradoxical atmosphere could not miss sex, yes the employees had sex in the offices because according to Jordan Belfort helped to motivate them by increasing production at work. The Wolf of Wall Street had set specific days, for example Tuesday was the day of prostitutes dancing on the table, the goal of two traders was to sell as fast as possible a basket of shares, the winner would win the girl.

Not to mention all the evenings Jordan organized to motivate his employees to go through their limits, but to complete the work he lacked a supermodel girlfriend. After browsing a newspaper Jordan Belfort saw a girl named Nadine Caridi and fell in love with her, he bought a huge mansion on Long Island reaching the pinnacle of his career.

The most incredible fact is that his employees earned a lot of money and saw the lifestyle on the limit, they could spend all the salary in a month, for Jordan Belfort it was important because he could control and manipulate them more easily.

It is precisely the manipulation that made the Wolf of Wall Street great and its incredible communication ability, in 1990 Forbes magazine published the cover with the photo of Jordan Belfort with the title: “Steaks, stock, what’s the difference?  Emphasizing the suspicious operations of Stratton Oakmont, painting him as an ambitious and greedy character. She pointed out that this company sold particular shares to naive customers and warned potential customers.

In practice, Stratton Oakmont traders contacted customers promising incredible returns, these “potential customers” were chosen with special attention, in fact they all resided outside New York State, then far from Wall Street world’s.

In the 1990s it was difficult for these people to verify (as today) stocks on the internet, they were often ghost companies until Jordan Belfort decided to use the Pump and Dump strategy to cheat his victims.

Pump and Dump consists of artificially inflating stock prices and then reselling them, an example was when he invested 500,000 dollars in Steve Madden, holding more than half the capital (illegal in a controlled market), so he decided to found shell companies to escape the radars of the Sec.

When Steve Madden went public, Stratton Oakmont massively bought the shares at a price of 5 dollars, triggering a trending movement of other buyers on the market, Steve Madden came to touch 18 dollars and Jordan Belfort gave the order to sell making a profit of 20 million dollars in just 20 minutes.

This system was repeated at other times by the Wolf of Wall Street with the purpose of speculating on financial markets, even founded 30 companies invented to trap investors in The Pump and Dump.

It was difficult for Gregory Coleman to continue the investigation at first, many traders earning millions of dollars and had no intention of cooperating with the FBI to blame Stratton Oakmont’s fraud. His first victory came in 1994 after two years of investigation, when Jordan Belfort was removed from the position of CEO, was fined 2 million dollars by Sec and had to re-sign his trader license.

In fact, it didn’t change much because he continued to have a strong influence on his employees and earned a salary of 1 million dollars pe month, the fact that he condemned Jordan Belfort was the organization of tax evasion in Switzerland. To do this he used a Swiss woman married to an American and couriers (cash mules) who brought the money to Switzerland.

The money was hidden in suitcases or glued to people and then deposited in several accounts in Switzerland. In 1998 Belfort was charged with fraud and tax evasion, but was jailed but cooperated with the FBI and justice by spitting out his friends and associates, otherwise he would do 27 years in prison.

At the trial he was ordered to repay 110 million dollars, his assets (house, cars, boat etc…) were seized, but for good conduct he remained in prison in California for good behavior only 22 months (no 4 years as planned) where the fortune made that he was close to Tommy Chong.

Jordan Belfort, when he was in prison, told Tommy Chong his entire life that he would write a book that 2 years later became The Wolf of Wall Street, a worldwide bestseller.

Once again he was kissed by luck, his unbridled lifestyle caught the attention of Hollywood where director Martin Scorsese made a film with actor Leonardo Di Caprio (December 2013), this film was a worldwide success.

Today Jordan Belfort lectures, teaches his aggressive sales techniques by charging 30,000 dollars an hour and sells courses on the internet, looks amazing but an unfair and unscrupulous character continues to be a legend.

The story of Jordan Belfort, The Wolf of Wall Street (Part 1)

How the real estate market is evolving and future scenarios