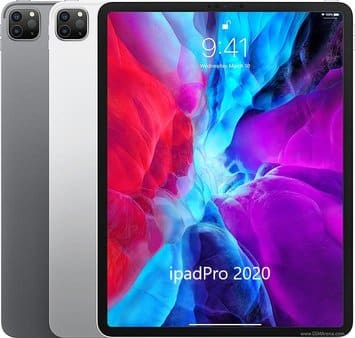 Apple as usual, announced last week the two iPad Pros 11 and 12.9 inches, at first glance there are several new features such as the best-performing camera, a more powerful processor and a Lidar sensor for augmented reality. As always in Apple style the design is very clean as in the latest versions of the iPad Pro, the difference with the models released in 2018 is the speed, in fact the chip has the same name as iPhone 11, it only changes the addition of the letter “z” (A12z) and the graphics that have been improved by 80%.

The time for Apple is not the best, given the world situation caused by the Coronavirus Apple Stores are closed, only in China 42 stores have been reopened for a few weeks although with time restrictions. Maybe sales won’t do the usual “boom” as customers can’t go to stores to try out the new iPad Pro.

This time I have a tablet that can replace a computer, because you can use a keyboard and a mouse. Magic Keyboard is better than Smart Keyboard, the only problem is that it will come on the market in May at a cost of 339 euros (11 inches) and 399 euros (12.9 inches), the keyboard is compatible with the IPad Pro of the previous generation.

The mouse cursor is a small circle to select the text more precisely without having to touch the screen (the arrow to which we are accustomed is no longer there) in addition Apple has made it easier to access with the mouse to some areas, such as the volume level and others basic settings.

The iPad Pro’s camera has the same shape as the Iphone 11, quality has been improved, now it features 2 10- and 12-megapixel sensors, with these wide anglers you can take fantastic shots and even record 4K video. The most important element is the Lidar sensor, which is about augmented reality, allowing you to scan the real environment and reproduce it quickly on your iPad Pro. Augmented reality can be exploited with some apps like Shapr 3D, Metro or Ikea Place, the latest nominee gives you the ability to view the furniture in your home even before you have bought them. This is a critical step for researchers and developers because augmented reality will increasingly play an important role in our daily lives.

With the powerful processor the screen updates at a faster speed than previous iPads, which is useful when you’re working, reading news, or when kids are playing it. The running power is strong, allowing our iPad Pro to run different apps at the same time without experiencing a drop in speed.

The battery is great, with prolonged use you get quietly at the end of the day, since my test the IPad Pro lasted on average 11 hours (between trading platform, video on You Tube), the charging is very fast also the Apple has improved the sound quality with 5 microphones and storage space with 128Gb.
I end with prices in America and Italy and with the guarantee that Apple always does a great job.