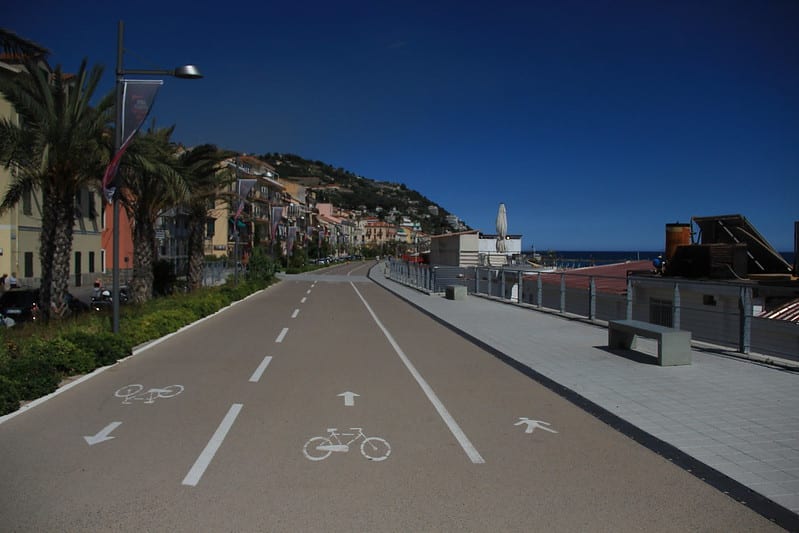 In recent years the idea of “green” places and zero-impact mobility is spreading, what could be better than having a house near a bike lane?

Governments in Europe are promoting the construction of new bike lanes with breathtaking routes and services dedicated to lovers of two wheels.

We have sustainable tourism because you can appreciate the beauty of our landscape without necessarily using the car and consequently polluting the air and cinging the streets with traffic jam.

On the other hand there is an increase in house prices near bike lanes, the data say that in the last 5 years two-wheeled tourism in our country has increased by 10% with tourists from France, Switzerland, Germany, Norway and the USA.

The combination of home-cycle lane is attracting a lot of interest given the latest data I have analyzed on the purchases and rentals of properties near areas where there are bike lane.

In Liguria there is one of the most beautiful bike paths in the world starting from San Lorenzo al Mare crossing Sanremo and ending at Ospedaletti, I remember that in 2015 there was the great start of the giro d’Italia team time trial where the strongest cyclists in the world challenged each other on the Riviera Dei Fiori bike trail. Also in Liguria there is an ongoing project that would eliminate the old railway line to make the longest bike lane in the world that would end in Rome, we are talking over 600 km walkable by bicycle.

Focus on thins and think about the prices of houses with bike views or in the surrounding areas how much could increase in the coming years? What if the apartment was located on Lake Garda where there are several lanes? Prices say of a 3.5% increase since in these places those who buy are in the midst of nature and the total calm where to spend moments with family, alone for those who simply want to train breathing clean air away from the pitfalls of the street.

Bike rental and bike sharing services are available everywhere so don’t be afraid to have to buy a vehicle before you leave as the resorts have everything you need both in terms of materials and apps dedicated to the routes in the area.

Here are the most important bike lanes in Italy:

How does it work currency market