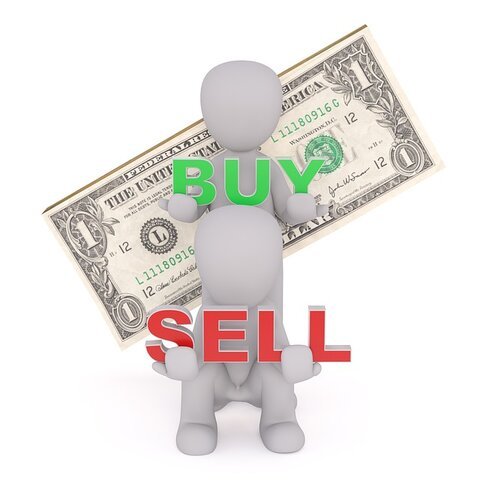 Many of you who have been following me for the past 1 year have asked me about the important levels to monitor on the financial markets.

My analysis will be based mainly on volumetric charts and in help I will use some interpretation of cyclical analysis where instead of the price time is important.

I make a premise the chart that I am going to use will be the weekly one where I will go to look for supports and resistances and important levels where I personally will go to trade.

I remember that it is absolutely not advice to invest or to copy what I will do, bu I start my analysis with Dax we find a resistance at 16041 while a support at 15905. If it were to arrive in the next few days in the 15714 area I will make a short trade up to 15653, if the market were to still fall the next target would be up to 15536.

American’s dinosaur we find S&P 500 with a strong resistance in the 4693 zone which will be hard to pass because investors will have to inject a lot of money while for support there is a control point (Poc) at 4636. I open a small parenthesis looking at the volumetric histogram have been placed in the 4525 area a lot of money so to go down as always there will have to be a lot of money, I believe that S&P 500 could have a moment of trading range in the future.t it is simply my vision of the analysis of the day 11 January 2022.

For the Nasdaq we find a resistance at 15820 if it were to be punctured there is a bit of trading to do from 15883 up to 16123 clearly this indication goes according to particular pressure indicators that the markets have (influenced by algorithmic trading). My trading plan will be set to short when I reach the 15510 area up to 15345.

Situation on gold I see a support in the 1793 area (it is very important because there is a lot of money placed on this level), while the first resistance is at 1825, if it were to pierce this area I predict a very interesting long for the yellow metal.

I add to monitor the situation of interest rates and especially inflation the Fed tries to be a friend of the financial markets by promising to stimulate growth and control inflation. Is this really the case?

Powell talks a lot but I have the feeling as if the Federal Reserve wants to get used to a new formula of post-pandemic economy where people will have to live with much higher inflation.

And if salaries don’t rise, how will millions of families around the world?

If there is no strong control over the multinationals that represent a bit of the landowners in the Middle Ages, I foresee an unprecedented world crisis.

Yes, I forgot the virus and the various variants in your opinion will enrich or further impoverish the world population?

Why are governments imposing laws to enforce mass vaccination?

Are we sure that the solution to the coronavirus is the six-monthly subscription to vaccines?

Many forget about post-vaccination complications, why don’t world governments talk about this scientific term if you prefer “side effects”?

The more time passes, the more I wonder about the evolution of events, it’s as if people are less free and more and more controlled, doesn’t it remind you of something?

I want to tell you a joke, let’s try to imagine that covid will last for a long time, maybe in a few years it will no longer be called that but there will be a virus with another name, if we have to do the “vaccination subscription” is it not easier to inject a microchip into the skin with all the information about the vaccines we have done in our lives?

Do you think there will be a happy ending or would we be just small pieces controlled by the system?