The real estate market will be based on energy communities 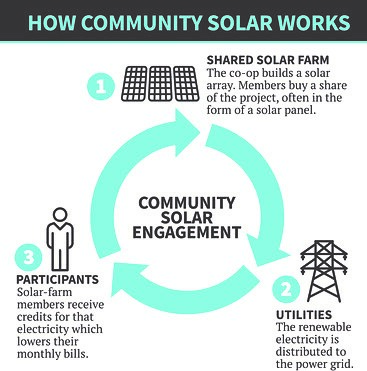 Here is a new post on an element that will characterize our lives, in my opinion the future of the real estate market will be based on energy communities.

Finally, governments around the world after “too many” years have realized that the process of energy production needs to be developed, the expansion of solar market has grown exponentially and many people can switch to green energy self-production.

Many years ago the prices of photovoltaic panels were high and not all households could buy them, laws are changing and governments incentivize with tax breaks the installation of photovoltaic systems.

Energy independence is no longer a dream, the path of self-production from renewable sources is a reality. But what are energy communities?

They are unions where people, companies, small businesses produce solar energy and share it with other people, creating energy savings. Every county has its own laws, I don’t go into detail because I would lose the reader’s attention, what I’m interested to emphasize is the transformation that cities and rural areas will have compared to the current situation.

Energy communities will be for example the condos that decide to install photovoltaic systems above the roof, the windows will be replaced with “technological windows” capable of absorbing light during the day and turning it into electricity.

An American start-up Ubiquitous Energy has patented a solar cell to absorb infrared and UV rays and turn them into household electricity.

Energy communities will have storage batteries able to collect energy that has not been consumed during the day to be available in the evening.

All this process is shared with members of the community by directly benefiting from the energy produced, for citizens or companies that share energy with other users will have an economic compensation.

In United States, the National Community Solar Partnership wants to accelerate the transition to renewable energy by supporting energy communities with funding, technical assistance, and all the information needed for low-income people.

The aim of governments is to create “solar programs” to divide spending among people in energy communities, those who for professional or family reasons are obliged to change cities will have to transfer their solar quotes to the new home.

I would like to add the development of charging columns for the booming electric vehicles, I want to emphasize the project of Hager and Audi for the development of two-way charging (Vehicle to home), where the car will interact with the electrical system at home, the effect is greater when combined with a photovoltaic system.

The car’s battery will be recharged through the home wallbox and at the same time will serve as an accumulator suitable for the energy transfer of the home plant.

What’s going on in the financial markets and investment ideas