Home Stock Market What does the Federal Reserve really do?
Stock Market

What does the Federal Reserve really do? 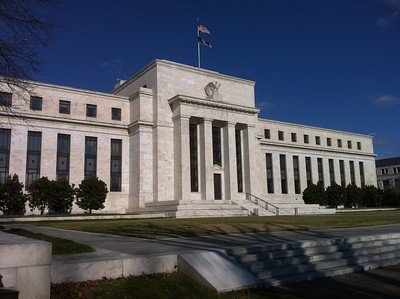 Financial markets are hard to understand, these days one of my readers’ emails has been: what does the Federal Reserve really do?

This will be a different article that (I hope) will help you get a clearer idea of how financial markets work. When we do technical or fundamental analysis, we have to pay close attention to the decisions of the Federal Reserve.

As you can imagine the Federal Reserve is not a bank like any other, for some it is a department of the US government that has a duty to manage monetary policy, it is true but not 100%.

I make a bit of a story, in the early 1900s the government was in a near-bankruptcy situation, in 1907 an event called “Bankers’ Panic” triggered a 50% loss on New York Stock Exchange compared to the previous year. At such a critical time alarmed savers withdrew their money and many banks failed.

The situation was general panic, because the United States did not have a central bank, since then 12 of the most important families (J.P. Morgan, Rockffeller, Warburg…) met and in 1913 United States Congress founded the Federal Reserve.

The purpose of this American central bank is to control, stabilise and ensure the functioning of the national banking system.

Federal Reserve uses its direct market activity to trigger monetary policy decisions, influencing not only the United States but also the world. We understand that Fed manages monetary policy, to do this task has 3 tools:

For example, when a family or company needs money, it goes to the bank for a loan and will have an interest rate to pay.

Fed’s goal, I repeat, is to maintain price stability in the market, have a low unemployment rate and keep inflation under control.

Job market is being monitored constantly by the Federal Reserve because if there is rising unemployment it will have to lower interest rates to encourage financing for businesses and households.

To manage US monetary policy, the Fed created the Federal Open Market Committee (FOMC) which consists of 7 governors and 5 chairmen of the other Reserve Banks.

It is important to know that the Federal Reserve can buy and sell bonds directly on the market, when you users see that on day X the Central Bank has injected Y billions of dollars of liquidity you will have understood the process.

Unfortunately Fed doesn’t always make right decisions, a case that comes to mind is during the bursting of the internet bubble when Alan Greenspan flooded the financial markets with money, Jerome Powell now reminds me of the same thing

Injecting billions into the market has completely destabilised the situation by creating a gap between finance and the real economy. World stock exchanges should be the mirror of the economy but that is not always the case, these “technicians” in government think they solve problems by printing money but do not realize the damage they cause.

For those who invest, I recommend that you mark the Federal Reserve’s appointment on the calendar because the decisions you make can positively or negatively affect financial markets.

What is Triple witching day and how it impacts the markets