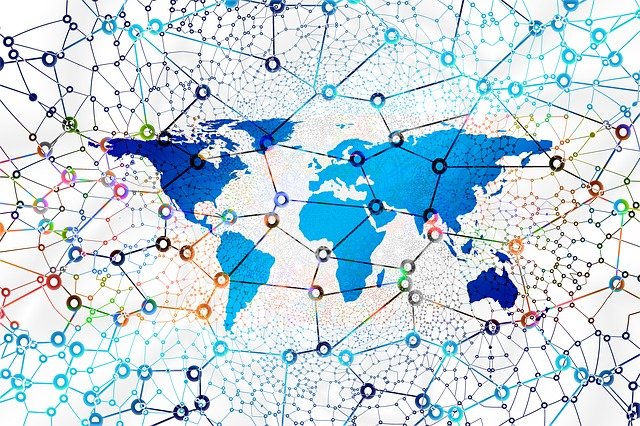 To end this year 2022 I would like to do my article on economic and geopolitical scenarios in 2023.

The most significant events of this 2022 have been: rising inflation, war between Russia and Ukraine, rising interest rates by central banks, energy crisis and in recent days new variants of the virus coming from China.

I am very perplexed by some events also because they affect two countries direct enemies of the USA such as Russia and China, but it is useless to create conspiracy theories without elements that I could not prove in this blog.

1) Start with an increase in interest rates, in 2021 experts and central bankers were talking about something “passing” maybe a few months but then we realized that it was not so, personally I believe that these sharp increases in interest rates will not lead to brilliant economic scenarios but a bad recession that will cause even more poverty in the world.

Central bankers are aware of “strangling” the weakest (as always) but they do not seem to care, following the manual of economics it is better to reduce social classes to misery rather than tax large multinationals that for years have relocated and paid taxes between 2 and 5%.

How is it possible that within Europe there are tax havens such as Luxembourg, Holland, Ireland and no one in the European Parliament takes action?

How much are politicians involved in these choices? The scandal of the 2022 Football World Cup in Qatar should make you reflect, they are situations that should make you reflect on how behind our screens hides a kind of “dark web” where politicians act behind our backs because they are on the payroll of multinationals and other influential individuals.

2) Energy crisis accidentally began with the war Russia Ukraine, it is true that Putin is a danger to the whole world but why is there no mention of economic and political interests between Ukraine and the United States?

Who is Hunter Biden (son of the President of the United States) and what role does he have with Ukraine?

In life I think he is a lawyer but he is the founder with Mr Heinz of Rosemont Seneca Partners, an investment fund company but it would be curious if you on Google read the links between this company and Ukraine and maybe you would start asking questions.

Mine are only considerations, it is easy to paint Vladimir Putin as the public enemy number 1 but the United States with this conflict is earning billions of dollars on the “skin” of the Ukrainian population. I read talk about peace but perhaps someone agrees that the situation remains like this because otherwise the economic interests would be much less or am I wrong? Do you remember Michael Moore’s investigations into economic interests in the city of Flint and Afghanistan?

What has the war in Afghanistan actually resolved if everything has returned to the hands of the mujahideen?

Going back to the energy crisis, I think it is destroying European industries for no reason whatsoever for a conflict in which I am skeptical about the real implications of Europe, let’s see the film inversely, if Putin had declared war on Mongolia, would Europe or the United States have supported the defense and security of the attacked country?

3) Is it reasonable to think that as long as there is war “we” poor Europeans will pay for inflation out of control?

Central bankers say they will be hawks in 2023 until the fire is extinguished (see words of Powell and Lagarde), why does Europe that does not have a growing economy like the US follows without reflecting the Federal Reserve? Why doesn’t Japan follow the Federal Reserve?

Am I wrong or should Japan be in serious trouble, is this really the case for the Japanese population?

I think that in the first 3 months of 2023 between new variants, rates and recession the financial markets will make lows, for example S&P 500 below the 3500 barrier would have a target 3200/3300 that I think would be to buy. My view is that volatility will increase in January and many management funds could sink if they don’t hedge against risk.

4) Virus from China. This is the conclusion of 2022 and I would like to make some small considerations, until a few weeks ago the Chinese government had adopted the “Zero Covid” policy how is it possible that after a very short time there are the ghosts of new variants of covid ready to do damage? Experts (our great virologists in Europe) argue that it is the fault of the (non-American) vaccine not very effective against covid, so do you think the solution is to vaccinate the whole world or is it an excuse?

Several vaccinated (forced by the government) that I know personally have had problems after the administration of vaccines, this “experimental” vaccine recognized unanimously in Europe and the USA is really the solution to our problems or one of the many pieces of a puzzle that we citizens still do not know?

Chinese are landing at airports why are not being raised security measures across Europe after 2020?

Are the Chinese (as many would have us believe) the real transporters of this virus with its variants or is there something much bigger behind it that we are not told?

I thank those who have read me from all over the world in this year full of emotions, I will remember it as a special year in my life and I hope that 2023 will be full of only beautiful things.

Happy New Year to all

How to choose the mortgage rate with the crisis that will come?