Protect your capital with gold, silver and Bitcoin 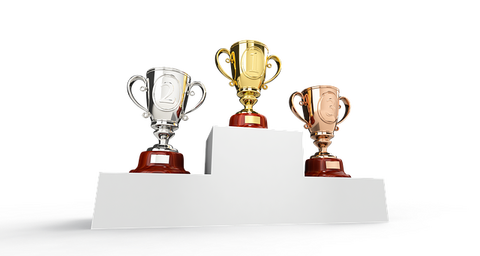 For several days I’ve been looking at the evolution of financial markets and I’ve been thinking about how to protect their capital with gold, silver and Bitcoin.

There are several data that do not convince me, I think not only now because coronavirus has destabilized the world but since October 2019, when the world stock exchanges have not stopped going up. It all seemed quiet then suddenly a virus was enough to bring everything down as it did in 1929, but how is that possible? What were the conditions for world stock markets to go up? I recommend you look at the two charts of two countries like Argentina and Venezuela, isn’t it amazing?

They are two countries that are collapsing, just look at inflation data, currency’s value which is almost nil and yet the listed stoks have very positive performance. How is this discrepancy possible or what value does the printed currency have?

It seems to me that this situation is experiencing several countries in the world starting from the United States where the Fed is buying almost everything, not least it is the European Central Bank where we talk about billions of euros as if they were “potatoes” or the Bank of Japan that has been injecting money for years.

Continuing to print money seems like the solution to all problems, but is it really so? I don’t know if John Raymond Keynes and Adam Smith would support this monetary policy but some will say it’s the only way to support the system.

I advise you to consider investing in gold, silver and Bitcoin because beyond the cost that for many will be high, try instead to look to the future, when inflation will hit our economies heavily and the cost of living will increase considerably.

For starters gold and silver are precious metals and for investors are a safe haven also silver is used in consumer electronics sector, demonstrating this trend is the strong demand of two countries such as India and China for industrial use. As with gold the ability to buy silver bars that can be stored at your home or in bank, another way to invest are silver coins that are easily transportable and resold if it were to increase the price.

Gold is the precious metal par excellence, rare and for centuries an object of exchange, what I want to emphasize is the importance of a tangible investment, can break out wars, crises or viruses precious metals will always be close to you to protect you.

To the list after gold and silver I add Bitcoin because it is not produced indefinitely, it is not controlled by central banks, it is open source and is easily exchanged as well as safe. Bitcoin has often been the subject of criticism and media speculation but the basic idea was not that, unfortunately “someone” has an interest in manipulating reality according to their own interests creating fears in people.

I will never tire of repeating protecting capital, they are hard years and believe me many things are not as they seem, look at the charts and ask questions, look for an insurance for the future is: gold, silver and Bitcoin.

Smart city the future of urbanization