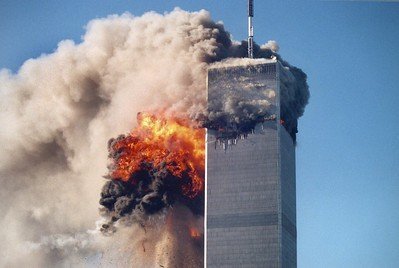 It was a terrible day, it felt like being in a horror movie but it was the truth, today I’m going to raise questions about what happened on September 9/11 2001 and analysis of unusual activity in the options market.

When I think about this summer day, I have a heart that becomes small from the violence of the most violent terrorist attack in U.S. history in which 2977 people lost their lives.

I’m still here talking about this story because this year it will be celebrated 20 years after the famous September 9/11 2001, I never forgot and tried to ask myself questions and understand why this attack happened and what happened on the financial markets the days before the attacks on the World Trade Center.

I am not a plotter, but in 20 years there have been several theories such as that formulated by the American Association of Architects and Engineers for the truth on September 11, 2001, which urged the US Congress to reopen the investigation.

Among the many questions, how is it possible that the hijackers (aka the “pilots”) who knew “maybe take off airplane” (flight instructors words) to make an acrobatic maneuver such as hitting the Pentagon.

How is it possible that an area like the Pentagon didn’t resume the areo crash?

Do I have to think that Pentagon is not controlled to the highest security standards?

Cameras on the nearby highway where they were watching 9/11?

Why didn’t the Cia, which is in theory the best intelligence agency in the world, listen to Mossad in the period between July and August?

Yet the Israeli secret services had reported to the Americans the presence on American soil of terrorist cells that were planning a major attack.

There are other small anomalies in the system that then became huge but it’s not the place to do it and maybe some would say they’re just “assumptions” but one fact is certainly Wall Street never lies.

Unfortunately, I could not find the charts of the two airlines that in the weeks before 9/11 September 2001 recorded some very suspicious movements, I am talking about American Airlines and United Airlines which were then used by the hijackers to carry out the terrorist attacks.

In the financial markets there are many protagonists: strong hands, high-frequency traders, retail and ultimately “insider traders” or those who have privileged information (if you can say so) compared to the rest of the world.

Those who know the options market like me will know that in addition to greeks, implied volatility there are two other essential elements to evaluate. I am talking about open interest and volume, large funds can hide many things but it is the volumes that move prices, to go back to the source we have to understand where the money comes from and how it comes to us, for example through technical indicators of pressure and speed.

I don’t go into volumetric analysis because it’s quite complex to limit myself to the options market, if you look at the movements before September 9/11, 2001 (link to research done by Professor Allen M. Poteshman https://www.jstor.org/stable/10.1086/503645?seq=1#metadata_info_tab_contents

you will have a completely different overview of the facts.

Do you agree that someone was aware of betting on the downturn of these two airlines?

If I buy Put options it is because I think there will be a downside with unlimited earning potential (risk of loss equal to the premium paid for the purchase of the option). People who have thoughtfully bought Put options have made millions of dollars.

My question is: given the high volumes and open interest on some strikes to someone from the Security and Exchange Commission has not come into question?

Maybe someone thinks it was Bin Laden from his computer in Afghanistan who bought so many options? Or were Osama’s friends becoming aggressive traders?

Why wasn’t the police, Cia, Fbi and U.S. government wondering why someone was so exposed on two of the most important airlines in the world?

Why did George W. Bush’s government just focus on revenge by declaring war on Afghanistan?

I would like to open a parenthesis on Afghanistan because this place has a strategic role to play in controlling the oil market, in the 1990s there was a huge pipeline project that was to connect Yashalar via Afghanistan to Sui, a city essential for the storage of gas and oil in Pakistan.