Home Stock Market Dollar continues to be dominant, for how long?
Stock Market

Dollar continues to be dominant, for how long? 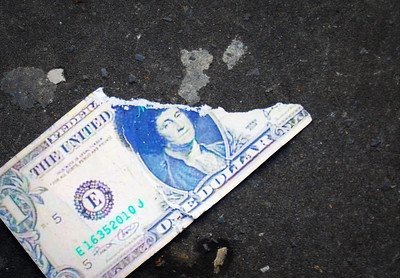 To understand some dynamics on the financial markets it is necessary to understand how currencies move, today dollar continues to be dominant, for how long?

United States has for many years had the advantage of a dominant currency in the world, if you think that most international exchanges is done with dollar, you can understand the reasons for its importance. What is special about the US dollar relative to other currencies?

America has the most important economy in the world, commodities are quoted in dollars (e.g. oil, wheat, gas), dollar is also considered a safe haven currency for investors because they reduce exposure to the devaluation of their currency.

Now you understand how important the dollar is and America’s political influence to other nations. I also stress the sanctions that the US imposes on hostile countries like China and Russia, losing the world’s largest market is complicated for anyone.

One question came to mind the other day when I was watching Bloomberg TV, an economist said a phrase that made me reflect on the duration of the dollar’s power.

The coronavirus has created a heavy deficit on US budgets, Federal Reserve has flooded the economy with dollars trying to prevent a catastrophe (a bit like in 2008). Surely this will have negative implications unless there are miracles, sooner or later the budgets must come back you can not continue in this way.

I think dollar is at risk of collapse for several reasons, the first is the arrival of cryptocurrencies and believe me it will not take long to become protagonists. Then there is the debt-to-GDP ratio of 105% in the fourth quarter of 2019 with 22 trillion debt and I add the damage caused by the coronavirus (not yet calculated).

The scenario of dollar domination may tip over in favour of other world economies such as China for example. Beijing has decided to break away from the dollar by developing new digital payment systems based on blockchains. If it succeeds in this work, the Chinese would create a digital currency across Asia by eliminating US supremacy.

In addition to the US-China trade war, it was the sale of American government debt, Chinese think it is risky to invest in debt because United States was only able to inject money.

All these geographical, political and economic imbalances must be a concern for dollar and Americans, let us not forget once the coronavirus damage is counted there will be other surprises. To be first in the world has a price never forget it.

if in a little while a financial bubble burst?